There’s lots of talk lately about the problems that can result from kids specializing in one sport or one physical activity too early. These can include burnout, overuse injuries, mental and emotional fatigue, dropout from activity, and more. And there’s really no question—we know that specializing too early is a bad idea.

A few parents have posed this question to Active for Life, so it’s worth clarifying some of the nuances around this tricky topic.

In a nutshell, specialization means doing one activity to the total exclusion of all other activities. And in the context that most people use the word around kids’ sports, it’s generally assumed that we mean from a very young age—perhaps as young as 5, 6, or 7 years old. This is not necessarily the same as doing a lot of one activity throughout the calendar year.

What’s the difference?
In Canadian youth sports, we most commonly hear concerns about premature specialization in sports such as hockey and soccer. If there is any suggestion that a kid has any degree of talent, the parents fork out the extra bucks and put their child in spring hockey and summer hockey, or extra soccer training during the off-season.

Now the child is playing one sport for 10-12 months. They are playing a lot of that sport.

But they are not necessarily specializing in that sport.

If they are doing other sports and activities at the same time, then they might actually be getting a good balance of activities, and they are not necessarily specializing. The danger now simply becomes the risk of injury and burnout due to overtraining; the body, mind, and emotions simply become exhausted with no opportunity to rest and recharge.

So what should a parent do?
Here’s the nub of it–and here I am talking about kids prior to high school age.

If your child truly wants to play spring hockey, or attend the soccer or dance academy for extra training, that can be a good thing. But it needs to be driven by your child—not you. And even when it is driven by your pre-teen child, you should step back and ask a couple of questions.

Does my child want to do this because she really wants more? Or does she feel coerced by pressure from coaches or peers?
If my child does this, will he still have time and energy for other physical activities?
If my child does this, what are the chances that she will start to hate this activity?
If my child does this, is he likely to develop overuse injuries to knees, elbows, muscles, ligaments, and the rest?
How might my child be better served by taking a break from this activity to focus on something else?
As always, superstar professional basketball player Steve Nash is one of the best examples of a kid who didn’t specialize too early. In fact, he didn’t ever start playing basketball until age 12. He played tons of basketball once he went to high school, probably 10-12 months per year if you count all of the hours that he spent playing ratball on weekends and after school with friends.

Sport Sampling and Physical Literacy
Prior to high school, Steve Nash was a poster child for physical literacy and “sport sampling” instead of specialization. His parents made sure that he played a wide variety of sports and activities as a child, and as consequence, he developed broad athleticism and a fundamental love of being active. He became engaged in sport and activity. He kept playing because he had grown to love it.Baseball P

Parents often imagine that their child can become a superstar if they specialize early. But it’s a crapshoot at best. Read this book review on the role of genetics in sports to learn why.

As a growing body of research shows, apart from activities such as gymnastics and perhaps figure skating, it’s the multi-sport athletes who generally come out on top.

And if someone tries to tell you that your 7-year-old is a natural born and needs more specialized coaching and training, look at them with suspicion. Most often they’re coaches with private academies who are looking for a paycheck, or they are trying to cherry pick a U12 dream team so they can win the Upper Wabash Falls District Championship and show the trophy to their poker buddies.

Then see where it takes them. Because if your child specializes too early in one sport and starts to hate it, or gets injured, you’re not doing them any favors—and you’re not enhancing their chances of turning pro.

Jim Grove is a contributing editor with Active for Life, a nonprofit organization committed to helping parents raise happy, healthy, physically literate kids. For more articles like this one, please visit ActiveforLife.com. 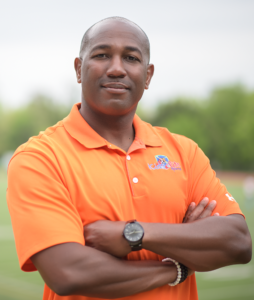